Social media myths: 8 prejudices and clichés from the world of TikTok, Instagram & Co.

Social media are part of everyday life for countless people around the world. It doesn’t matter whether young people use Tiktok to shoot funny videos, housewives download Pinterest for new recipe ideas, or influencers advertise on Instagram to make money. The fact is: social media has become enormously important. So it’s no wonder that there are also many social media myths. But which of them can be labeled as prejudice or cliché and what is the reality? We uncover the biggest social media myths.

Social Media Myths #1:
“Nothing works in social media marketing without a lot of followers.”

The number of real(!) followers is and remains, of course, an indication of how well known a person or simply a brand is, regardless of whether we’re talking about Facebook or Instagram. But it is also a fact that it is becoming increasingly difficult to increase the reach on these platforms. Due to many changes in the meta-algorithm, it is almost impossible to reach the same mass of people as it was a few years ago with organic (non-advertised, completely free) posts alone. This is where paid advertising comes in – even with a small budget on individual posts in the feed but also with the help of larger campaigns, a higher reach can be generated on social media and awareness can be increased (completely independent of the number of current followers and subscribers).

Read our blog post on Brand Awareness in Social Media to learn how they can increase your awareness and build brand awareness.

Social Media Myths #2:
“Social media is only for young people.”

In Germany, about 66 million people are registered in different social networks in 2021. Statistics on the demographic distribution of the various social media channels illustrate that 45.9% of these users are over 35 years old. In figures, this corresponds to a user base of over 30 million, which thus clearly disproves the second myth. 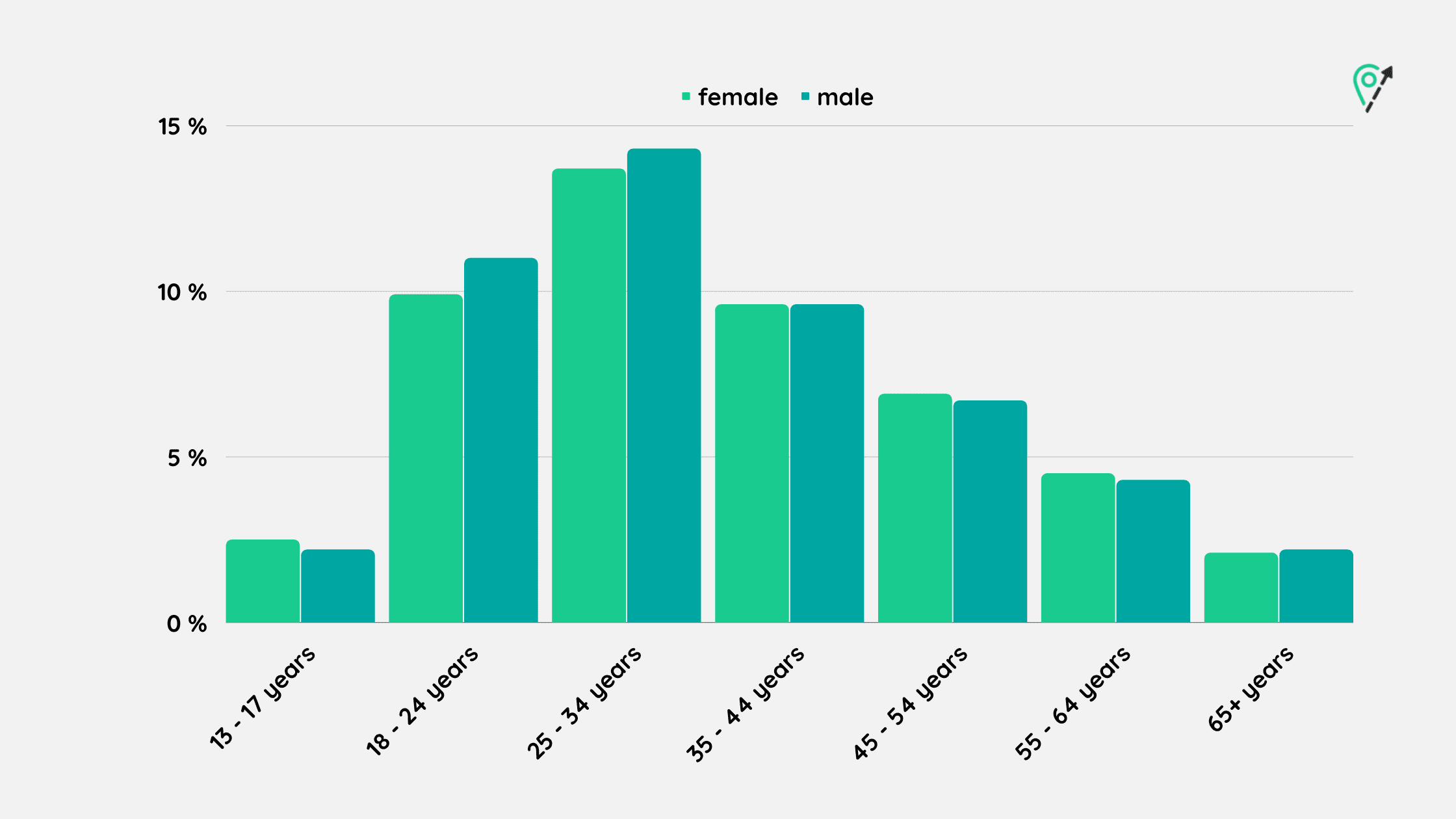 At this point, it’s quality over quantity. Many companies focus on using multiple channels at the same time, but quickly forget that the point is not to upload an infinite number of posts to different platforms, but to create added value for the end user (depending on whether B2B or B2C). Therefore, you always have to think carefully about what kind of added value you can offer and how or, above all, where you play it out in order to reach the right users. Therefore, it is not important to play as many channels as possible half-heartedly, it is above all important to do the whole thing professionally and thoughtfully: The content must be professionally structured and fit the target group. The content must be professionally structured and fit the target group. It must also be visually presented and, at best, reproduced in a CI-compliant manner.

Our tip: It’s better to use one platform less, but maintain another with good, high-quality content. In the long term, it will then be easier to set up another social media channel if you already have a professional one.

Are you looking for the right platform for your target group?
Learn which audience you can reach with which social media platform.

Many entrepreneurs wonder – and rightly so – whether social media is the right platform for their own business. After all, at first glance one associates Instagram & Co. primarily with private and rather young users. But here you have to differentiate clearly: Online marketing is not just online marketing. At this point, a company needs a strategy that starts with positioning itself and finding out who corresponds to its own target group, on which platform it can best reach them, and what it hopes to achieve from an online campaign. For many CEOs, the most important thing is to generate a high reach with their brand, which is best achieved through channels like Instagram and Facebook.

In addition, in the B2B sector, the LinkedIn network is an excellent way to address direct partners, colleagues or even customers from the same sector. The whole thing can be put into practice not only excellently with online advertising campaigns, but above all also evaluated afterwards and adjusted accordingly. This scaling not only improves your own positioning, but also leads to long-term success as a company.

Need more tips for your online marketing on LinkedIn?
Read how you can use LinkedIn to increase your sales.

Wrong! There are certainly other platforms that get more attention, but Facebook is still among the top 3 most used social media apps in Germany. Based on the demographic figures, it can also be noted that the main users are between 25 and 34 years old; there are hardly any differences in terms of gender. A slight decline in the number of users can be seen above all among the younger generation, whereas no noticeable change can be seen among people aged 40 and over. However, this only reflects the demographics of Germany; the global number of users is rising constantly and unchanged. Facebook is therefore still considered to be one of the number 1 platforms when it comes to wide-ranging opportunities in online marketing. Especially the specific targeting and the possibility to address a large, heterogeneous mass of different age groups with different interests is only one big advantage of many that speaks for this advertising platform.

You want to know more about Facebook Ads?
We’ll show you which ad formats you can use for your advertising on Facebook.

As has already been revealed, it is known that it is becoming increasingly difficult to attract the attention of your own followers with organic, unadvertised posts. The new algorithm in the meta-universe restricts the feed posts in such a way that it is possible that you will not see some posts of the profiles you follow at all. By the way, you can work around this by turning on the notifications of the respective accounts accordingly. However, this does not mean that the feed is automatically unimportant; after all, you look at Instagram profiles from time to time to update yourself, to look up and track the customer journey, or links/reviews. Nevertheless, it is true that nowadays you generate more awareness with an Instagram Story than with a simple post. In addition, Instagram now offers more and more features that rank significantly better, for example, reels or IGTVs and blog posts in the form of guides.

We’ll tell you which other Instagram features you should know about for your business in another blog post.

According to statistics, TikTok is one of the largest social media platforms with over 500 million users, and it continues to grow at an increasing rate. Countless companies therefore want to jump on the bandwagon to launch their advertising campaigns there in the form of modern videos. It is true that TikTok registers the youngest users compared to all the other channels, and the gender distribution here is almost balanced (60% women, 40% men). However, despite this, or perhaps because of this, the platform offers enormous potential and is so interesting for companies. Especially if the younger audience is to be addressed, e.g. in the form of job ads & Co., very good results can be achieved and success generated here with appropriate campaigns. Being up-to-date as a company is indispensable in today’s digital world, which is so progressive and always evolving. What’s more, appealing to the younger generation creates good brand awareness in the long term.

Learn more about the potential of TikTok and how you can leverage the platform for your business.

Pinterest is different from social networks like Facebook or Instagram. It’s primarily about inspiration and discovering new content and ideas, which is why it’s a well-known cliché that the platform is only used by crafters, hobby cooks and more. Statistics show that the app is used by over 16 million people per month in Germany. Even if Pinterest shows a minimal decline in user numbers, it is still a platform with a lot more potential than you might think at first!

In the past, Pinterest has primarily established itself as a traffic supplier, which is mainly due to the close connection to the various websites. For example, 98% of Pinterest users say they check out things they find on Pinterest. 90% explore their options before making a purchase on Pinterest and 72% have already bought something they discovered on Pinterest beforehand. Hardly any other platform comes close to these numbers, which is also why marketers shouldn’t dismiss Pinterest. Yes, about 70% of Pinterest users are female, which perhaps reinforces the crafting stereotype. But that in no way means the platform is only for women, quite the opposite! It rather emphasizes the target group that can be addressed there, especially in a more targeted way.

Conclusion: What do we learn from this? 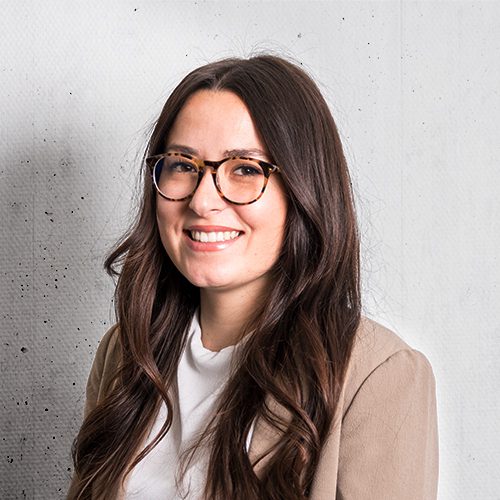 Written by
Tina Ackermann
Hey, I'm Tina and I'm from the Würzburg area and I support LocalUp as a Technical Online Marketing Consultant. My tasks in the company are very diverse. At LocalUp, I am responsible for the application of our in-house software, especially for the automation of huge advertising campaigns of our customers on Instagram and Facebook. In addition to the operational implementation of the campaigns, I am also responsible for advising and supporting our customers and partners in the areas of social media and Google. In my private life, I like to meet friends, play handball and volunteer in animal welfare. I also love to cook (vegetarian), of course a glass of wine should not be missing here.
Inhaltsverzeichnis